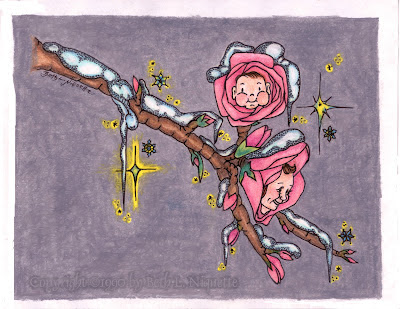 There are days when life seem so overwhelming it seems there is no way out. Sweet friends, there is hope.  There is always hope.


Trusting in the mighty hand of my Creator.
Resting in His grace.
I am leaning into his Strength,
Accepting His embrace.
I am at that moment at peace.
Only then.
~ Beth L. Niquette
Posted by Beth Niquette at 6:36 PM 2 comments:

Yesterday I sat at the dining room table and doodled a number of ACEO cards.  These 2.5x3.5 sized pieces of original art charm the eyes with their tiny size.

The doodle above is a type I often do--this one happened to have a heart--just perfect for Sissy's Guest Heart Thursday. 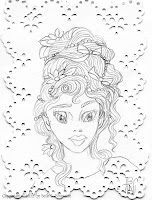 Rather than concentrating on something more serious as I often do--I decided to cartoon it up a bit.  Meet Miss Pixie, another of yesterday's doodles.  I was experimenting with tilted eyes when her cute little face materialized onto the paper.

This is a doodle of Toez the Polydactyl cat.  Except I noticed in this drawing, she only has five fingers.

Bunny Boy started off as a cat, ended up as a rabbit.

For more heart art, photography and altogether fabulous heart stuff from around the world, visit Clytie at Random Hearts for Guest Heart Thursday!


I love this drawing of our dear Main Coon Elvis.  I call this one All Ears.  This was the first of several surreal cats I've done--one for each wonderful feline we've known over the years.  Can you see the heart shape here?

Though I've posted this drawing of Elvis before, the bright color and happy feeling of this drawing on this dark, rainy, cloudy morning, is perfect for this week's Guest Heart Thursday.

Here are more Surreal Cats for your enjoyment.


Here is our Blue Crickette'.   She was such a lovely gentle companion.


Kitty Monet, our darling black cat, Snow Bunny, looks out through sweet sly cat eyes.  She loved my children as her own.  We were "co" Moms.

This is Peachy Snooper, who will soon be a colorful kitty.  In the works are Bodacious Bootz and Sweet Twinkle Toez.

For more heart art, photography and altogether fabulous heart stuff from around the world, visit Clytie at Random Hearts for Guest Heart Thursday!


This is Deborah, Prophetess and Judge of Israel in the time of the Judges.  Her story can be found in the Bible in Judges Four.  It is a dramatic story--Barak, Son of Thunder, commander of Israeli forces is about to lead their armies against the invading armies of King Sisera.  Through Deborah, God promised the commander that He would give Israel victory over the enemy.

However, Barak, Son of Thunder told Deborah he would only fight, if Deborah led the army with him; but if she would not, then he would not fight.  Deborah agreed to do so, but that if she did, he would not receive honor for the victory -- the enemy would be defeated by a woman.  And so it was--all she had  prophesied came to pass.

I was deeply touched by what my friend Shannon wrote.  She writes,  I see a young woman unsure of her capabilities, yet determined to face any fears down. Her sword is still sheathed, so she is wanting peace. But she is steadfastly standing at a "keyhole" opening to protect the things she treasures and to maintain the integrity of her "garden of peace." Her faith is strong, yet she questions herself.

This drawing practically drew itself.  Shannon put into words what I felt as I put pen and pencils to paper.

For more fabulous pink stuff, join Bev at How Sweet the Sound! 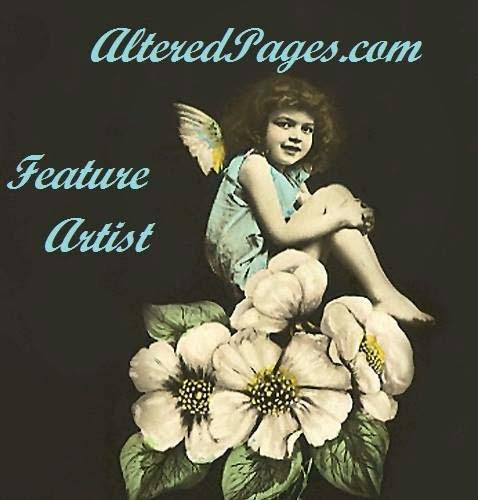 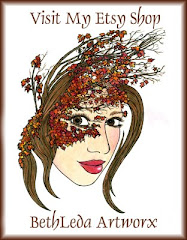 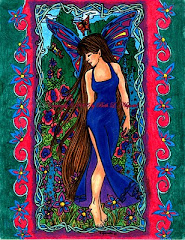 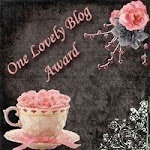 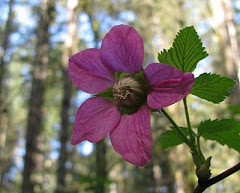